Mario Ugolini was born in Rimini on 27 August 1912 but at the age of five, he moved with his family to Milan. Here, from an early age, he learned to repair the first domestic refrigerators that had just arrived on the Italian market. An ingenious, enthusiastic inventor, 100% self-taught, he applied his inventiveness to creating several prototypes.

In 1946, everything started up again after the long nightmare of war. In that year, Mario Ugolini began his business. He picked up where he had left off, namely as a repairer of domestic refrigerators, opening up a Bosch service workshop. Soon, he had new customers such as Fiat, Electrolux, Siemens and others.
This was in the early 1960s and, for entrepreneurial Ugolini, repairing was not enough. His had a powerful desire to start up real industrial production. The opportunity presented itself when Fiat, which had begun producing “fountains for cooling drinking water” for internal use, become aware that this type of production was too far from its original activities, and decided to outsource it.
A lover of travel and other cultures, Mario Ugolini realised the benefits of creating “drinks chillers” like he had seen in the United States. He created a prototype, presented a model that was not completely ready at the Milan Trade Fair in 1966, and immediately received an order for 100 machines. The reason for such success; his intuition to design the world’s smallest chiller.
At the beginning of the 1970s, the sale of drinks chillers took off. Production moved from an almost craftsmanlike nature to industrial. In 1974, he began to manufacture machinery to produce granita.
From the second half of the 1970s, he began his conquest of foreign markets in style. In 1980, Ugolini was the official supplier of the Moscow Olympics. In 1981, the granita machine was presented in the United States. In a few years, the market that had provided Mario Ugolini with the inspiration for the successful idea decreed the undisputed success of the granita machine. Also, in 1981, for the first time, the company sent a forty-foot container full of machines to China. The path had been beaten and in a short space of time, Ugolini was able to reach no fewer than 122 countries around the world.
In 1991, a small revolution occurred within the company’s technical and production system. The HT range of products was introduced which, alongside the renewed aesthetics for the drinks chillers, offered a granita machine, representing a first for the industry. This period also saw the creation of the first production unit outside Italy, specifically in Brazil.
In 1997, doing its best to interpret the signs from the market, Ugolini introduced the revolutionary granita machine with magnetic transmission which, from then on, has been one of the keys to the company’s success in this important market.
2001 saw the new “Delice” range of hot chocolate machines set new standards in terms of aesthetics and functionality.
In 2002, in response to the needs of the American market, the Giant model, the largest “visual” appliance in the world, was added to the granita machine range.
After years of success, in 2004, the range of HT drinks dispensers gave way to the new Arctic family, with which, once again, Ugolini introduced many new features, all aimed at ensuring the versatility and functionality required by the market.
Following the success of previous models, in 2005, the family of granita machines was expanded further. With the latest addition, the MT Mini model, Ugolini, took on and won the challenge to make the smallest granita machine in the world. With its versatility, this model was perfectly suited to the emerging market for cold creams. It was to be an unprecedented success.
With its position as leader in the market for cold product dispensers consolidated, 2007 saw Ugolini focus its attention on reinforcing its range of hot drinks dispensers. The new Delice 3 hot chocolate machine complemented the previous one to best meet the needs of outlets with medium-low consumption. The M Series, on the other hand, represented Ugolini’s debut in the world of soluble product dispensers. As always, the company accepted the challenge and took on the undertaking without compromises. Aesthetic research was combined with cutting-edge technology. For the first time, it was possible to control a dispenser remotely via the GSM telephone network.
We have reached the present, another challenge - another success.
Return 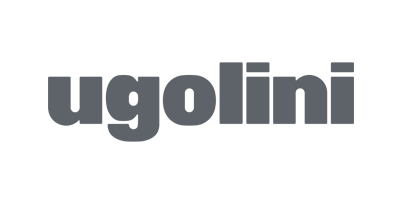